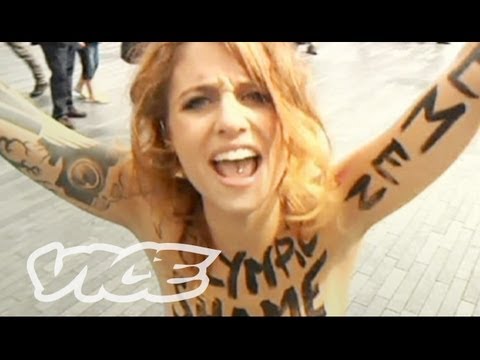 The topless protest group Femen started out in the Ukraine in 2008. Today it's a global movement, and more than 300 topless warriors have joined the naked revolution. Their fans say they're courageous, no-nonsense activists, while their critics say their tactics devalue the fight for female equality. What's inarguable is that due to those tactics, the world's media are, once again, pointing their cameras at the feminist cause.

To find out why women are flashing their tits in the name of feminism, VICE spent a weekend in Paris with Inna Shevchenko, one of Femen's founding members, and her French Femen sisters. We filmed the lead-up to one of their latest actions: pissing off a baying horde of neo-Nazi thugs.