Three topless Femen protesters were dragged by police from outside the German chancellery where they were pleading for Angela Merkel to push for the release of four fellow activists jailed in Tunisia.

Merkel meets with Tunisian Premiere Ali Larayedh later Friday.
The women chanted "Merkel free Femen." Two of them had painted the names of the activists jailed in Tunisia across their bare chests. 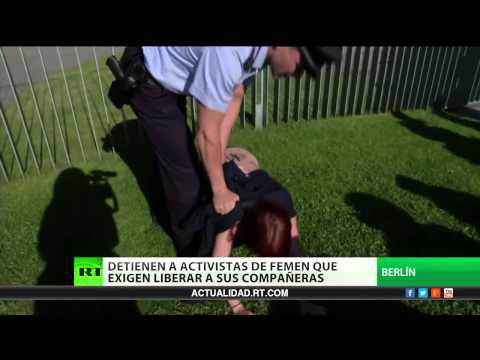 Three European Femen demonstrators were arrested last month in Tunis for demonstrating for the release of a Tunisian activist who faces possible charges of public indecency for posting topless photos of herself protesting for women's rights.

Berlin police say they had no immediate information on whether the women had been arrested after the demonstration was broken up.